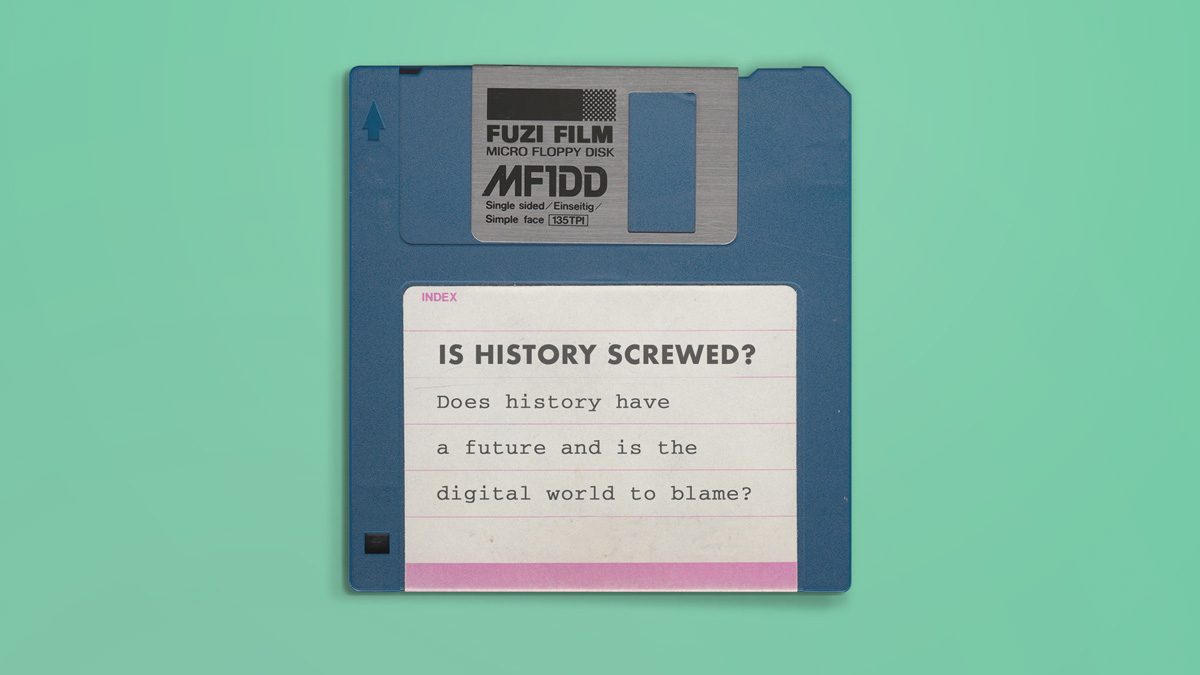 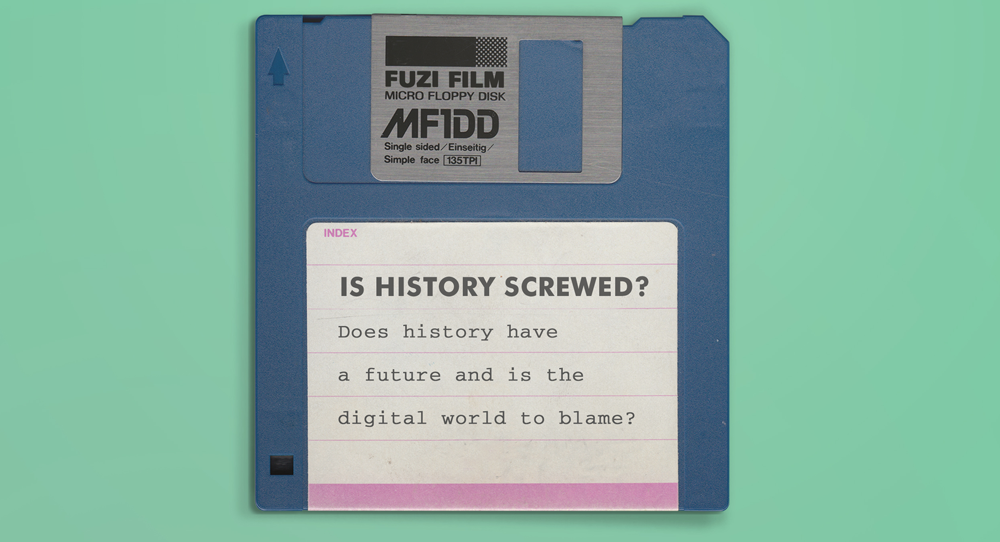 Does history have a future and is the digital world to blame?
By Nigel Moore

Historians, museum curators and academics have argued about the need for physical archives for research. But I thought as a digital producer it would be interesting to hear from the other side of the coin.

A few weeks ago, I was at the pub with my wife and daughter after a great day out. Unfortunately during a toilet stop, the phone, and the photos it contained, slipped out of my daughters hand and dropped down the loo.  The phone itself perished, but the media it contained lived on – preserved on a cloud backup.  Thank the lord for digital.

Despite technology saving the day, I began to ponder on how digital is such a flippant format. 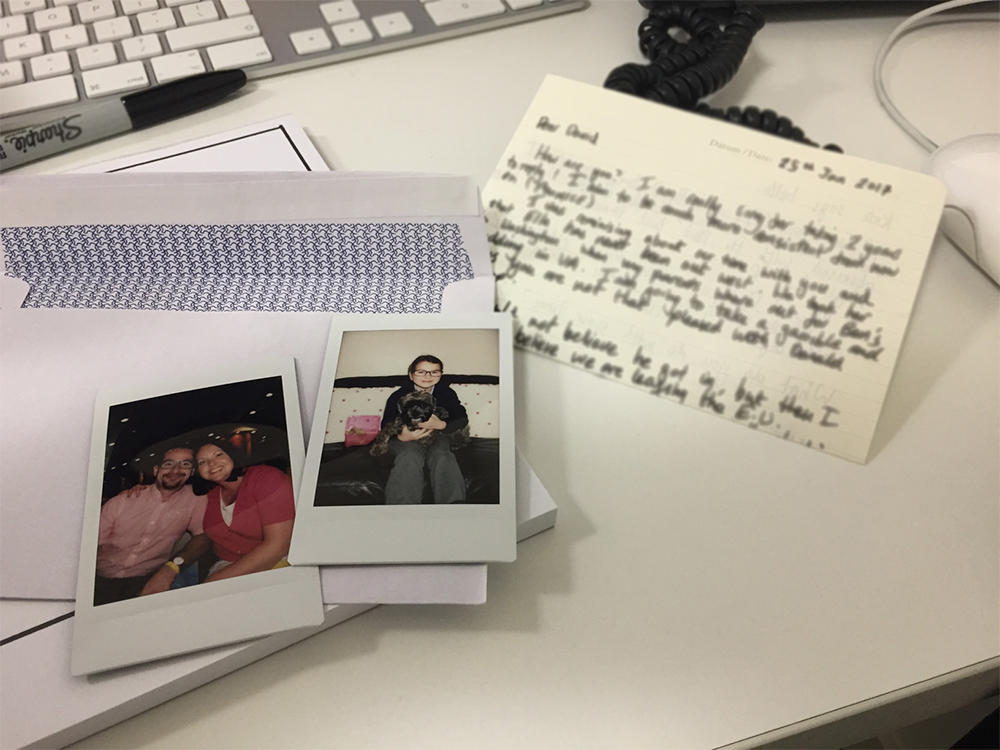 In the modern age, the way we capture information, and indeed how we chronicle our personal lives, is fully reliant on media formats that are constantly changing.

More concerning, millions of our photos and videos are contained within digital vaults, with the likes of Mark Zuckerberg and Tim Cooke, the current custodians of our precious, captured moments.

This is where the title for this blog comes in.

Recently, Fuzzy Duck were commissioned to create a series of animations about ancient Egypt for The Atkinson Museum in Southport. In Egyptian culture, Hieroglyphics were essential to explain ideas about death. The only reason we can tell this ancient story is because the evidence is still in existence as painted marks – in this case on a Sarcophagus of a …..

When we made a film for the Royal Fusilier Museum, telling the story of six Victoria Cross medals won before breakfast at Gallipoli in World War One, we were fortunate to have access to the Museum’s fantastic archive of primary evidence.

So what, you say?

Let’s fast forward another 100 years.  Our methods of communication have changed quite a bit. Our stories are told through iMessages and Instagrams – memories collected not in the physical, but in binary state; scattered across devices and locked away within encrypted accounts.

We risk losing access to these formats too. How many of you have now still own a floppy disk, or even a CD Rom? In a hundred years, will we even have the means to load these digital formats? What if Facebook folds and the servers are shut down?

With platforms such as Dropbox, G-drives and iCloud, we are not only causing historians a problem, when they don’t have our pets names to break the password protection, but soon this data may not even exist.  We can’t predict the future of these companies, we’re so heavily reliant upon for the curation of our social media.

What do people who create film and digital interactive think about these views?

I love digital as a means to access the organic and physical, but as a way to preserve, protect and leave for our children and their children, it is shit.

So do me a favour, next time you’re swapping phones, or writing the email that declares your love for someone, make a backup. Or the moment you realise the Mona Lisa is actually really small, don’t text it, write it.  Write it on a piece of paper, with a pen. So people can leave it in a shoe box for another generation. And when you do discover an artefact in print, think about sending it to a museum. We really need museums to be supported and stay open long enough to hold it for the next generation of historians.

As we move further and further into the digital age, the reliance of the physical is becoming urgent. Throughout history the most important people are the ones that are “leaving a very light trace” Dr Roisin Higgins, BBC Today Programme

She was talking about the women who wrote letters to Mrs Pennyman asking for help after their husband did not come back from the First World War. These letters, found in her house by volunteers cast a great picture of women in the 1920s.

As I conclude this blog, we have seen social media now spouting ‘fake news’ –  content easily changed illustrated by the White House website suddenly having no reference to the LGBT community or the words Climate Change. We are still seeing continued attempts to deny the Holocaust just as the last of the eye witnesses remain alive it shows, having evidence in your hand to prove what is real, means that this blog, in my view, takes on far wider issues than simply if my family pictures are safe.

I’m gonna just hit the print button now and stick this in my loft…just in case.